Example of developing a program

Thanks to MQL4/MQL5 Wizard, you only need a few minutes to create a simple program. The current example will display "Hello World" entry in the platform log.

New command in the File menu or in the Standard toolbar. Set Script as a program type at the first step. 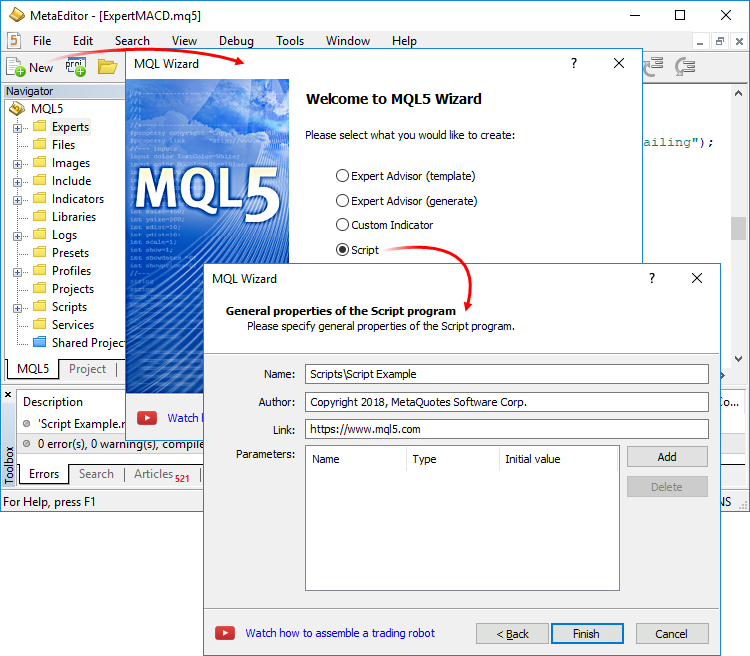 Add the "Print("Hello World!);" string to the generated file and save the changes (Ctrl+S). Perform compilation to turn the initial file into the one that can be launched in the trading platform. Click

Compile in the File menu or in the toolbar. The compilation result is displayed in the Errors tab of the Toolbox window: 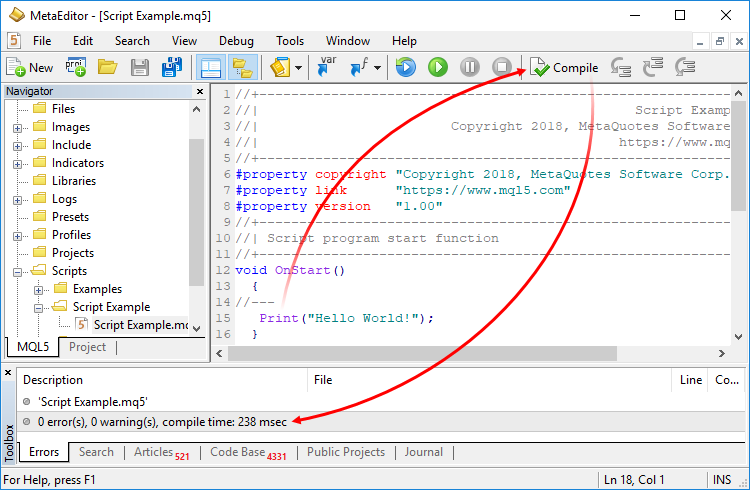 As a result of compilation, ScriptExample.ex5 executable script file is created in the same directory where the source file is located.

The debugging mode allows you to check the execution of a program in steps. If necessary, set breakpoints  – strings/functions, at which the program execution is paused. To do this, double-click the left mouse button to the left of the required line. Then click "

Start debugging" in the Debug menu or on the toolbar. 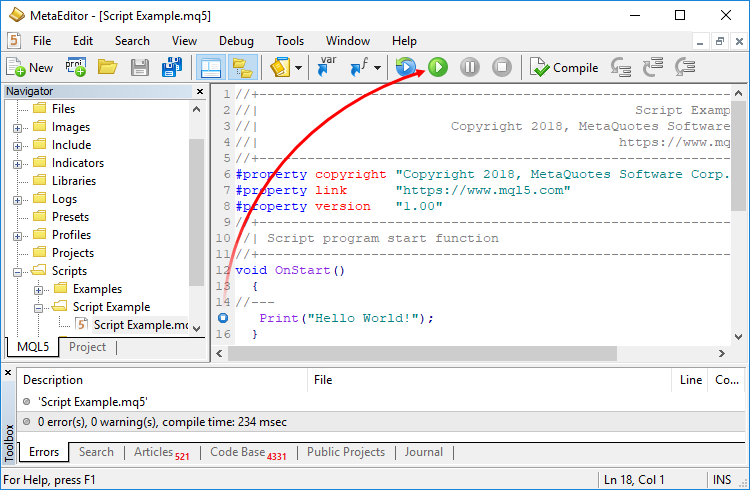 The script is launched on a temporary chart in the trading platform, while the script operation result – "Hello World!" entry appears in the experts log: 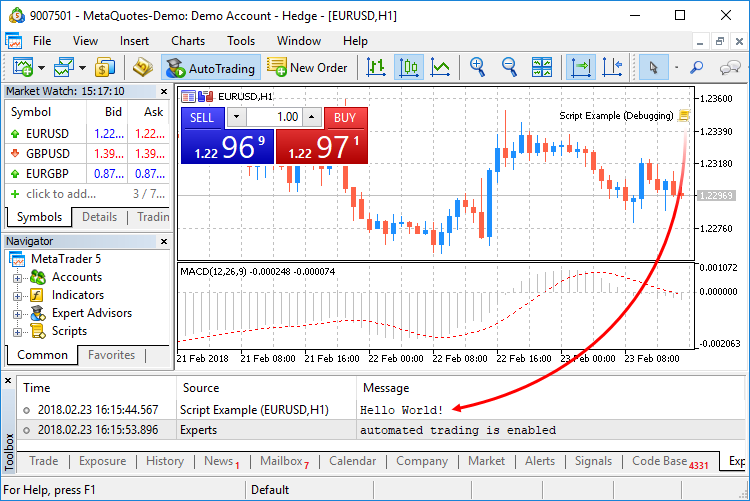 After completing all the steps, you can run the script in the trading platform. To open it, click

Trading Terminal in the Tools menu or F4.