Fibonacci Retracement is built as follows: first, a trendline is built between two extreme points, for example, from the trough to the opposing peak. Then, nine horizontal lines intersecting the trend line at Fibonacci levels of 0.0, 23.6, 38.2, 50, 61.8, 100, 161.8, 261.8, and 423.6 percent are drawn. After a significant rise or decline, prices often return to their previous levels correcting an essential part (and sometimes completely) of their initial movement. Prices often face support/resistance at the level of Fibonacci Retracements or near them in the course of such a reciprocal movement. 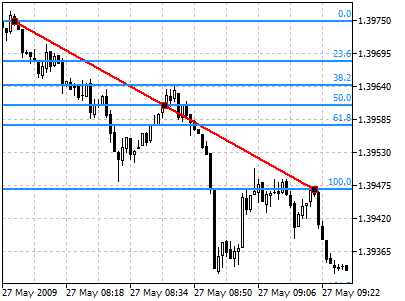 On the trendline there are three points that can be moved using a mouse. The first and the last points allow changing the trendline length and direction. The central point (moving point) is used for moving the object without changing its dimensions. 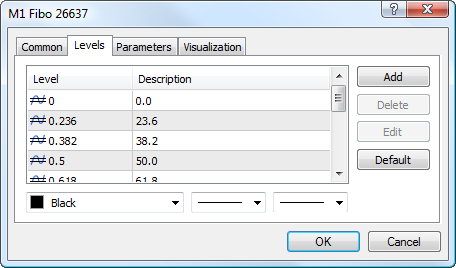 This tab is intended for managing levels of the tool. The Fibonacci Retracement has additional feature of displaying price value of each level. To do it, specify the (%$) symbols in the "Description" field.

For Fibonacci Retracement construction settings can be changed. Besides, there are the following parameters for this object: 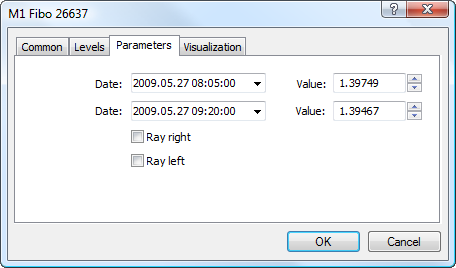