All markets are characterized by the fact that on the most part the prices do not change too much, and only short periods of time (15—30 percent) account for trend changes. Most lucrative periods are usually the case when market prices change according to a certain trend.

A Fractal is one of five indicators of Bill Williams trading system, which allows to detect the bottom or the top. The technical definition of an upwards fractal is a series of at least five successive bars, in which there are two bars, before and after the highest maximum, that have lower maximums. The reversing set is a series of at least five successive bars, with the lowest LOW in the middle, and two higher LOWs on both sides, which correlates to the sell fractal. The fractals have High and Low values and are indicated with the up and down arrows in a chart. 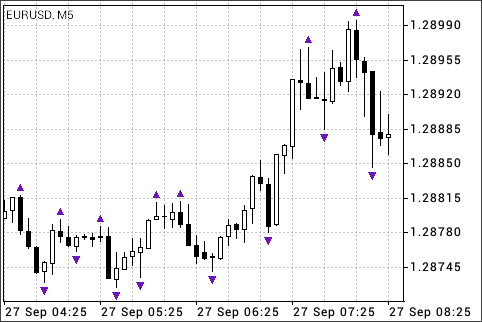