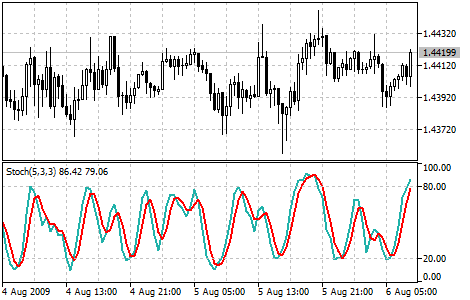 Four variables are used for the calculation of the Stochastic Oscillator:

The formula for %K is:

The %D moving average is calculated according to the formula: