The Close By operation allows traders to simultaneously close two opposite positions of the same financial instrument. If opposite positions have different lot values, only one of them will be left open. Its volume will be equal to the difference between the lot values of the two positions, while the direction and open price of the remaining position will be the same as the direction and open price of a larger position.

Compared to a individual closure, the Close By operation allows the trader to save one spread:

Long-tap on a position in order to call the context menu and select the Close By option. 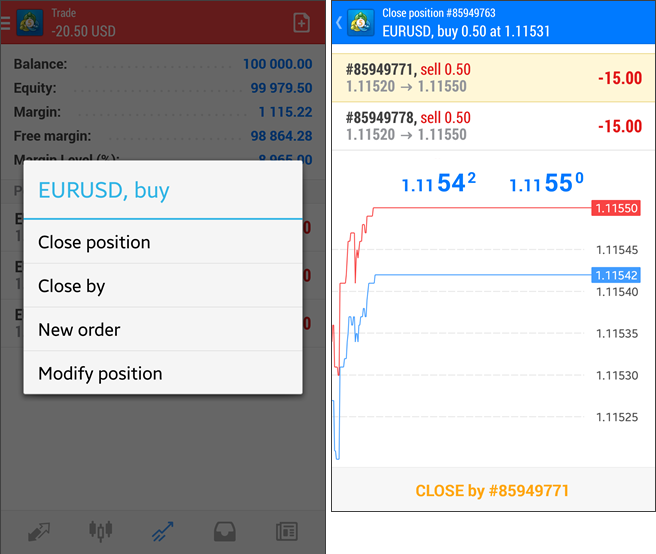 Choose a position and tap "Close".

During the Close By operation, an order of the "close by" type is placed. The tickets of the positions to close are specified in the order comment. A pair of opposite positions is closed by two deals of the "out by" type. The amount of final profit/loss resulting from the closure of the two positions is only indicated in one deal. 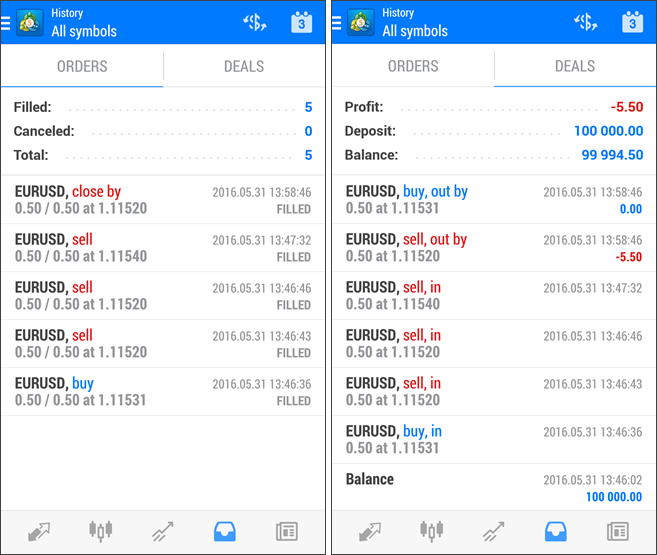