We are happy to announce that MetaQuotes Software Corp. has won in Best Forex Software Developers nomination of Forex Expo Awards. The award ceremony was held today at 18:00 (Moscow time) as a part of Forex Expo 2012 exhibition in Radisson Slavyanskaya Hotel, Moscow. 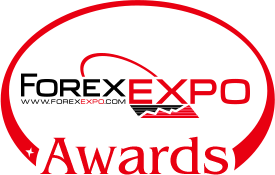 Forex Expo Awards is an annual event, and this year's contest is the fifth one already. Any visitor of the contest's official website (awards.forexexpo.com) can take part in it as a voter. This year, the voting started on January 1 and ended on October 15. The vote counting commenced afterwards. More than one thousand visitors voted for MetaQuotes Software Corp. making it the winner of the Best Forex Software Developers nomination.

The competition was attended by more than 60 nominees striving to win in 15 nominations including Broker of the Year, Best Educational Forex Website and even Best Media Resource. The award ceremony was highlighted by the top news agencies, printed and Internet media.

Gaies Chreis, COO of MetaQuotes Software Corp., commented on winning the award. "We are very excited about our winning in Best Forex Software Developers nomination. We are happy to receive public recognition after many years of work in the field of trading platforms' development. Thank you!" - he said.

The event was attended by brokers and traders. "The meeting was very productive," comments Andrei Savitski from MetaQuotes Software Corp. "We have received a lot of new ideas and we will do our best to implement them in our products in the nearest future."