Nouvelles: At last it happened — on October 1, 2012 started the sixth Automated Trading Championship 2012 in which representatives of 59 countries will

At last it happened - on October 1, 2012 started the sixth Automated Trading Championship 2012 in which representatives of 59 countries will participate! Personal data is verified, Expert Advisors of all registered participants are finally checked and the list of contestants is approved. This year 451 trading robots will fight for the 80,000 US dollars prize.

Top three places in terms of EAs allowed to the competition are traditionally shared by Russia - 156 participants (34,6%), Ukraine - 38 (8,4%) and China - 24 (5,3%). By the number of participants Belarus has been on the fourth place last year, while this year it yields to Germany with its 15 participants and now shares fifth place with Indonesia, Spain and the United States (each has 13 participants). 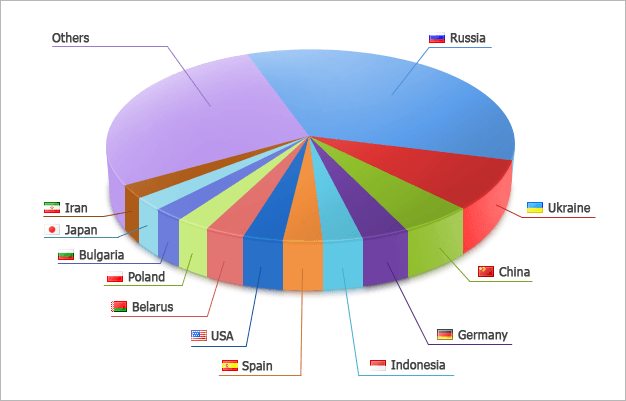 As always, there was a large drop-out of applications from Indonesia. While at the moment of 09.21.2012 personal data of 261 representatives of this country has been approved, only 13 trading robots came to the starting line of the Championship. This is mere 5% of the original amount of competitors who passed the first step of verification. To be fair we must note that India also was in the top three by the number of submitted applications after registration end. But only two of 193 participants who filled out their details will compete for prizes.

For this Championship start we timed the release of the new version of Signals - now in order to copy deals from an account of trading signals provider all you need is to subscribe to it. The new upcoming build will let you automatically copy deals of a selected Automated Trading Championship 2012 participant directly to the MetaTrader 5 terminal.

We would like to express our gratitude to our sponsors for their commitment in organizing the Automated Trading Championship 2012: Alpari (UK) Limited, United World Capital LTD and RoboForex LP.